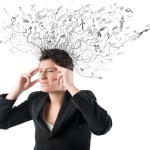 You’ve got a high-stress job and both you and your boss expect a lot from you at work. You feel like you’re buckling under the pressure but you just have to keep on. Every time you go on holiday you get ill. You know it’s not a good sign, but you can’t see the way out.

Let me tell you about about a patient of mine; let’s call her Isabel. She works in the finance industry. She looks like a total success story: amazing job, wonderful boyfriend, lots of travel for work, beautiful flat, great friends.

SO WHAT’S THE PROBLEM?

The problem is that she is responsible for Asia. Wow! That’s a big responsibility! What it means is that she has to talk to Asia when Asia wants to talk to her. She goes into work early in the morning to talk to Asia before it goes home and she needs to be working when Asia wakes up. She loves her job but she came to see me because she had just come back from another holiday which she had spent mostly ill in bed.

THE EFFECTS OF STRESS ON THE IMMUNE SYSTEM

She feels under siege. Her immune system is compromised by being under so much stress. She literally can’t get ill. Because she is so stressed she is producing the hormones adrenalin and cortisol and under their influence she feel less pain and her immune system is suppressed to react less to things that assail her. The same goes for you.

IS GETTING ILL A GOOD THING THEN? 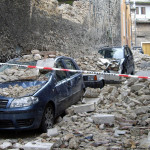 It is. It gives your immune system the opportunity to off-load stuff in small ways: spots, colds, coughs, all the usual things. If your body can’t take the opportunity to get ill because of the amount of cortisol it has flowing through it a disturbance builds up in your vital force, it is like tectonic plates that are unable to make tiny little movements so have to create a massive earthquake to release the pressure. What homeopathy does is bring the stress into more manageable dimension so you are able to throw off little colds and coughs and you don’t have to have the earthquake.

WHAT HAPPENED TO ISOBEL?

She’s doing very well. As well as her treatment we talked about the effects of stress on the immune system. She got it. How could she not when she was living proof of what we were talking about? Her treatment meant that she did start to get more colds and rather than suppress them with flu pharmaceuticals she let them do their thing. She started to have the average amount of  illness but her energy and how she felt in herself was transformed. She felt great. She still feels great. Last year she told me that she’d had two consecutive holidays and not been struck down at all.

If the same thing happens to you, consider treatment. It might not be that you want homeopathy but do something that helps you deal with stress.

Look at this video on belly breathing and practice it every day. It will calm your over-stressed nervous system and reduce stress hormones in your body.

If you’ve been in this situation, let us know in the box below. What happened to you? What did you do about it?

Please pass this on to anyone you think might need to read it.

2 thoughts on “Stress makes me ill every holiday”