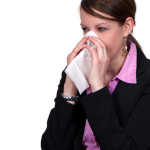 You’ve got itchy eyes, runny nose, sneezing. It’s hayfever time again. Or maybe you’re bracing yourself because for you it isn’t tree pollen (which is normally the first irritant) but grass pollen (which is coming soon).

If you are already treated by a homeopath, I bet they’ve told you that you need to be treated out of hayfever season. Why? Because hayfever isn’t an acute illness. Although it might feel like a terrible cold, it isn’t the same thing at all. It’s what is called a recurring sub-acute. This means that when the symptoms have gone away, the illness or disease hasn’t. That is because the disease is the sensitivity to the pollen not the reaction to it. So, even when the season has passed this year, it will almost certainly be back next year.

Hay fever is a form of allergic rhinitis caused by plant pollen or spores. Alongside inflammation of the nasal lining, the sinuses, throat and eyes are commonly affected. GPs may prescribe corticosteroid nasal spray, drops or tablets to dampen inflammation and provide temporary relief, but side effects such as weight gain and mood changes mean these can only be short-term measures.

Most of the options for dealing with hayfever aren’t very attractive either. You can lock yourself indoors next to an air-conditioning unit, feel drowsy on anti-histamines, or worry about what steroids are doing to your body.

what are the options?

It’s not too late for now. You can try these first aid homeopathy remedies.

Aconite hay fever comes on like a train. This is not a remedy for someone with a gradual onset of symptoms. The nose feels dry and blocked or runs with hot watery discharge. Eyes feel hot and gritty as if there is sand in them.

Allium Cepa hay fever will always have a discharge from the nose which is acrid and burning. (It is not tissues and handkerchiefs that make your nose sore but the stuff coming from it.) There will be burning inside the nose and  burning and stinging in the eyes. While the nasal secretions burn and excoriate, that from the eyes is of a bland nature. The symptoms are aggravated  in a warm room and improved when they are in the open air. There is also a morning aggravation.

Arsenicum hayfever involves sneezing as a prominent symptom which is followed by profuse, watery discharge which burns and excoriates the nostrils and the lip (like allium cepa, the burning sensation is not present inside the nose though). Generally there will be a headache associated with intense thirst, burning and prostration.

Euphrasia hay fever does have nose running symptoms but the most prominent symptoms will be in the eyes which are red, inflamed with a great deal of tears which tends to excoriate and burn the cheek. The nasal secretions are less irritating. 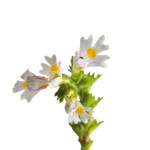 Sabadilla hay fever symptoms include persistent VIOLENT sneezing and tickling in the nose with a lot of watery discharge which is not burning. Eyelids will be red, burning.

Or your can try one of these methods too. 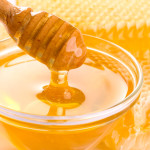 Swallowing a spoonful of honey a day is a delightful alternative. Thousands of people swear by it, saying that a spoonful a day, preferably starting well before the pollen season, has transformed their lives. The principle behind it is desensitisation. The pollen that bees collect is the heavy-grained variety that doesn’t cause problems.

But, honey being sticky, it may also contain small amounts of the lighter, wind-blown pollens that inflame the lining of the nose and eyes. These are chiefly from grass and trees such as birch, which normally begin to blossom around the third week of April and trigger allergies in a quarter of hay-fever sufferers.

Have you every tried a Neti Pot? It’s used to flush out excess mucous and debris from the nose and sinuses and some people swear by it as a way of relieving hay fever symptoms.