I know, I watch too much TV

I’m a huge Big Bang Theory fan. It reminds me of the science orientated, questing, debating family I grew up in. I was watching an episode recently (The Mommy Observation) in which Leonard says to Penny: ‘You don’t go into science for the money.’ To which Bernadette pipes up ‘Speak for your self. Last month my company both invented and cured Restless Eye Syndrome.’ It’s fiction, but what Bernadette is referring to is Disease Mongering.

For those of you who don’t know, this is a term coined to describe what (some) pharmaceutical companies do in taking common human conditions, such as unhappiness, bone thinning, stomach aches, shyness and boredom (or blinking in the case of Bernadette’s company) and redefining them as mild depression, osteoporosis, irritable bowel syndrome, social phobia and attention deficit disorder (or Restless Eye Syndrome).

By definition, disease mongers only identify a disease that they have the drug to cure i.e. they are looking for a use for a drug they have made, look for its effects and invent a disease name for that problem or group of problems.

For example 25 years ago people didn’t call their problems social anxiety, sexual dysfunction and binge eating disorder they might come along and say they were shy, or anti-social, were impotent or frigid and that they couldn’t stop eating. We also didn’t have leaky gut syndrome, hoarding and sexual aversion disorder. Throughout this period the ‘acceptable’ levels of cholesterol or blood pressure have come down and down leading to more and more people being diagnosed as unwell and ‘needing’  medical intervention.

Side effects or just effects? 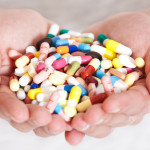 I find it curious that the adverse or unwanted effects of medication are call side effects. They are simply the effects. My problem with this is that your body is a self regulating system, designed to keep its internal state as constant as possible, (homeostasis as it is called) and taking drugs is going to impact on its ability to do that. Side effects will be a result of your body being unable to maintain its internal environment so something (else) will start to go wrong.

I am not suggesting that anyone should go untreated. Any of the diagnoses above make life less enjoyable at the very least and sometimes they make life downright horrendous. But what I am suggesting is that if something is bothering the magnificent energy system that is you, you should treat it with an energetic medicine. Homeopathy works with the same human experiences as the so-called diagnoses above but without causing harm, because it works on an the same level as the disturbance that is causing the problem. It does not require that you take pharmaceutical drugs or other drugs for the rest of your life and it does not cause side effects.

How to find a homeopath

You can come and see me if you live or work in East Anglia or London, but if you are somewhere else click here to  find a homeopath near to you.