This blog post is specifically about living with a cannabis user. The debate about cannabis is raging in the media. Is it seriously damaging our mental health or less harmful than tobacco or alcohol? Should it be decriminalised or legalised? What people said probably refers as much to any other addiction as it does to cannabis whether that is alcohol, chocolate, aerobics or tobacco. Cannabis takes you out of yourself. The users thought that was great. For non-users that was a problem.

I talked to people for whom living with someone smoking was a problem.

What they said about partners

‘I had to stop when I was breastfeeding the children and never started again. There were times when I wanted to so I didn’t wake up at the first stirrings at night but I knew I wouldn’t cope if I did. My partner still smokes. He’s 53 now. I suppose what I think is that in the morning we are a team, then we go our separate ways to work and we never get back together. In the evening he is in a different place (stoned). I feel lonely. The boys are better company than my husband.’

‘I would call myself a moderate user until my late 30s. I had to stop because they do random drugs tests at work. I hated stopping but I wanted the job. It was like meeting another me. Looking back I realise that I’d gone from being a child to being a stoned adult. Now I know the un-stoned adult I quite like me. My partner still smokes. The effect it has on me? I’m bored. He’s either paranoid, absent or a child.’

‘My partner still smokes. All I can say is it is like dealing with a teenager except I am supposed to consult her about decisions. I have to manoeuvre to ask questions at the right time. So breakfast at our house can be a pretty serious business.’

‘We pretty much only talk in the morning. She can’t smoke at my parents so we go there for Christmas. I don’t know if she knows that.’

‘Every row comes down to the cannabis. He says it is relaxing. I think he’s moody

and antisocial, withdrawn and distant. And I hate having sex when he’s stoned. I used to think he was really into me but now I feel like I’m being used. He’s just not there.’

‘We’ve been together for 11 years now. We have two children. I don’t want to leave but I don’t want the children to grow up knowing this sort of emotional vacuum that I feel like I live in.’

What they said about children

‘The worst thing for me is that my son now uses. It’s really startled me. I’ve smoked most of my adult life. I thought I was fine. But my son now smokes most days and I can see what it does to him. He seems to have lost his drive. How can I complain?’

‘I feel so fed up with it. With me really. I am either furious at them wasting their lives or desperate that they have so little respect for us that they come here to smoke when I’ve told them not to.’

‘I complained about the cost so he just started growing it. It’s out of the frying pain and into the fire. I thought home grown might be gentler. It’s not.  He can afford to smoke much more and now he sells it too.’

It’s not surprising no one was happy about it as I was talking specifically to people who weren’t. What was obvious in everyone was a sense of helplessness. They all wanted to change the smoker. If you are involved in a relationship in which your conversations turn to arguments and those generally about their use of cannabis, sooner or later you need to accept that you can’t change them. The only change you can make is to yourself.

Every time you help someone who’s having problems due to their use of cannabis (getting up on time, getting to work or school, concentrating, maintaining friendships, paying the bills) you are interfering with their ability to recognise what is going on for them.

It’s natural to help people you love. We’re programmed to but what we sometimes overlook is that ‘helping’ them isn’t helping at all.

Focus on yourself and your own life. Start to do what you want and put yourself first.

Don’t make threats that you aren’t prepared to carry out.

If you are unhappy in your relationship it is damaging for you and the children. I think you know the answer.

Homeopathy is useful when you’re trying to break any habit, and that includes a dysfunctional relationship. Unhealthy behaviour damages you to your core and creates changes that will cause chronic disease. Because homeopathic treatment moves you in the direction of health you have no choice but to start to see things differently, to see what is damaging you, to start to recognise your choices.

One thought on “Up in Smoke. Living with a cannabis user” 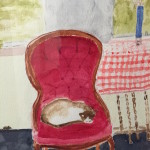