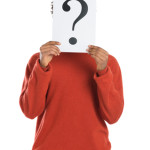 On my website I have a page entitled ‘Who Uses Homeopathy’ which outlines that homeopathy is used from cradle to grave. I treat couples having difficulty becoming pregnant or maintaining pregnancies through to people who want support in their very last days. Every April I review the previous year’s new patients and what brought them to me. Maybe you will find it interesting to see the results of the year 2014/15. 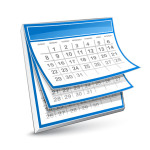 What’s changed since I started practising?

When I reflect on the last 25 years in practice it’s interesting to see what has changed and what has not.

I see about the same proportion of women with hormone-related problems as I did years ago, but their age has shifted from younger to older. That could be because I have shifted from being younger to older, it is clear that many of them have been on hormone treatments (the pill, HRT) for decades and when they stop (which many do only reluctantly) they are left with a torrent of symptoms to deal with at a later stage in life.

Many more men report erectile dysfunction than when I was in my 30s. Possibly it’s less of a challenge to talk to me about it now that I am older and it is generally considered a fairly common problem. 25 years ago people suffered in shame and silence. But that isn’t the only change in how people see themselves.

Definitely there is an increase in eating disorders. More people identify how and what they eat as a problem. This is obviously linked, in part, to rises in obesity over the quarter century. A lot of people now identify what used to be called a weight or diet problem as an emotional eating disorder. But it’s not just here that they are seeing symptoms differently.

I see about the same proportion of people with skin complaints, but whereas 25 years ago I had barely heard of Lichen Planus, it is now a common diagnosis. I think these scaly skin diseases, or papulosquamous diseases as they are called, used, generally, to be diagnosed as psoriasis and now there is greater differentiation.

I have always seen patients with vertigo. More now than in the 1990s. But I had never heard the diagnosis labarynthitis. Now more people with vertigo symptoms have been told they have labarynthitis than not. Some people have been put on medication for it, while other report being told there is nothing they can have to help.

Insomnia, PMS, allergies, side effects of medication are always in the Top Twenty but when I look back over the years several things are no longer there that used to be regulars: mouth ulcers, warts, candida/thrush, ringworm.

It’s an interesting snapshot of what’s coming to my sole practitioner practice today. I’d be really interested to know what your thoughts are about why things have changed. Is it me, is it you or is it what we hear about in the media?